I have noticed that our blog is visited by people I don't know...even from all over the world. Andrew and I thought it would be good to include a blurb on the topic of our religion. We are Mormons. It is, I believe, the most important part of who I am. Many have heard of Mormonism, but don't know much about it. Let me explain the basics: 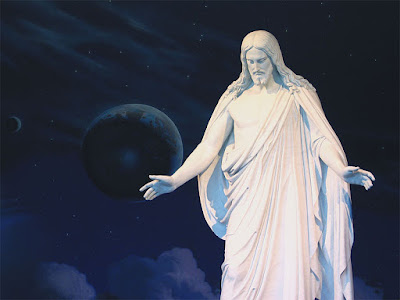 3. The full gospel was lost from the earth with the death of the ancient apostles. The earth then went through anapostasy with only partial religious truths and no true priesthood authority from God.

4. The church was again restored to the earth in 1830 throughJoseph Smith in upstate New York. God the Father and Jesus Christ appeared to the 14-year old boy as he knelt in prayer in a grove near his home. He was the first modern president of the church. 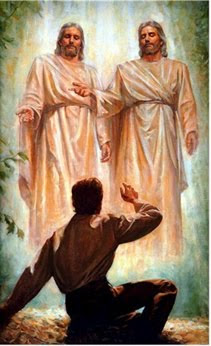 5. The priesthood, or the authority to act in God's name, was an important part of this restoration along with all saving ordinances. The church is set up as it was anciently with apostles and prophets. There is a current prophet and president of the church who acts as God's mouthpiece to the world:Thomas S. Monson. 6. Local congregations are run by unpaid volunteers. Both men and women serve in assigned leadership positions.

7. There are currently over 13 million members of the church worldwide in 176 countries. 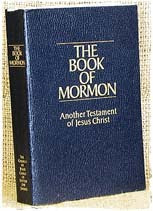 The Book of Mormon is another testament of Christ's ministry. A family in Jerusalem was warned by God to escape the wicked city before Babylon conquered it and took its inhabitantscaptive. This family was led to the Americas and became a great civilization. After His crucifixion, the Savior spoke to the Jews saying:

"And other sheep I have, which are not of this fold: them also I
must bring, and they shall hear my voice; and there shall be one
fold, and one shepherd."
John 10:16

He was speaking of these inhabitants in the Americas. As a resurrected being, Christ appeared to this people and organized a church in the same manner as in the Old World. The Book of Mormon is a record of this event as well as words of ancient American prophets. 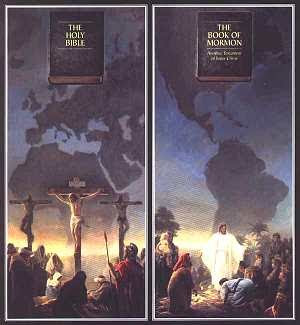 My Testimony:
The Restoration, The Book of Mormon, and modern day revelation makes sense to me. Not only does it seem logical, but I have felt the spirit of the Lord tell me with no uncertainty, that these things are right and true. Of course, God is as aware of His children on earth, as He was in ancient days! Why would He close the heavens? It makes sense that we would have a prophetand apostles, miracles, and angelic visitations just as there were thousands of years ago. I have personally felt the Lord answering my prayers, guiding my life, and strengthening me during painful times. I have read the Book of Mormon and as a result of its continued study, I am happier. I feel anchored even in troubled times. I love that the church's doctrine does not change with the ever deteriorating values of the world in order to "fit in" or "keep up with the times". It cannot compromise with the latest trends to be popular. Truth remains constant! Joseph Smithwas a prophet--an instrument in the hands of God to restore His church. I know this is true without a doubt. And most importantly, I know that Jesus Christ is our literal Savior whose atonement and love for us is very real. This is my testimony in Jesus' name, Amen.


This only skims the surface, but I just wanted to give the basics. If you have questions, please ask!

**You can also visit the church website for more information. **