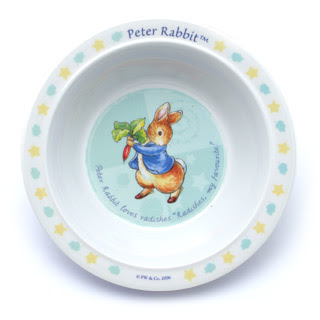 Today, I put an inanimate object in the time-out chair. The object was being disruptive, causing contention, and I had had enough. .
.
.
I was attempting to get breakfast served to five squirmy toddlers, while my two-year-old's bowl was repeatedly traveling from his head, to his brother's head, zooming through the air, and clattering to the floor. "Keep your bowl on the table, Cole," I tried. He glanced at me off-handedly without the slightest change in behavior.
.
.
I was losing my patience. The struggle it took to get everyone sitting at the table with their hand's washed in the first place, was enough to make me balk at the idea of removing him for a time-out. Plus, we were on a tight schedule. Mostly out of desperation, I took the bowl and said with sympathy:
.
.
.
"Oh man! It looks like your bowl needs to practice holding still at the table! He (the bowl) is not being very nice, so I am going to put him right here in time-out for one minute."
.
.
.
The other children giggled at the sight of the bowl on the chair in the corner, but Cole sure didn't. After his initial shock, he folded his chubby arms and glared at me--his pouty lip on at full force.
.
.
But I was able to use that minute to get everyone else's bowls filled and ready to eat. And when I returned and filled Cole's own naughty bowl, it remained flat on the table...just like a good little bowl should.
.
.
I felt slightly foolish. But the lesson was taught, I didn't cause tears or tantrums, and nobody got smacked around...phew!
.
.
Now it's got me thinking...what other inanimate objects can I put in the time-out chair? Bills? Laundry? My new house plant that has slowly started to wither despite my tender care?

Email ThisBlogThis!Share to TwitterShare to FacebookShare to Pinterest Posted by Rachel Ashmore at 12:07 AM

Haha, I put a dinosaur in timeout once because he was "causing problems"