We left the Inn that first morning to beautiful, sunny skies. 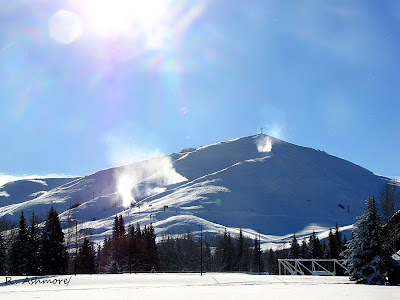 The mountains were already covered with skiers, the fresh powder billowing up like smoke. 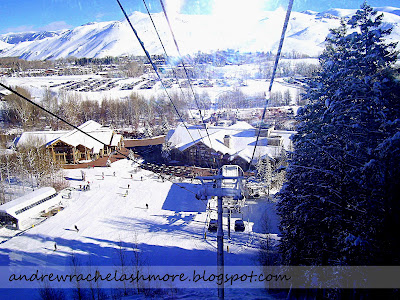 We took a shuttle to the lifts and began our ascent in large, enclosed gondolas. This place made the Kelly Canyon slopes we are used to, look like a total dump.

We were so high in the air, and the view became so incredible...

That we were slightly giddy. 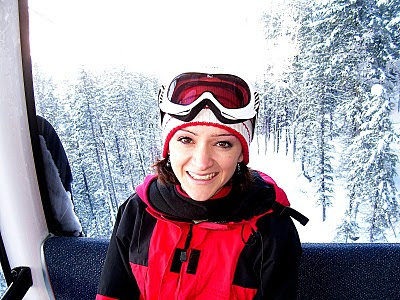 And it only got better as we got higher.

More shots from our ride up the mountain...

The price of the lift ticket was worth it just for the views.

Amazing designs on the mountain made by downhill skiers.

After a second, slightly colder lift ride, we reached the summit at 8,680 feet.

I can't even describe how frigid it was up there.

And I'm from Rexburg.

And the view from up there was slightly unnerving. I had to make it down this mountain on a thin board of wood and plastic? 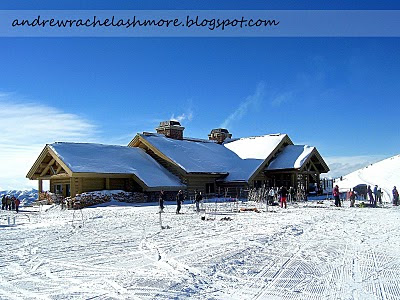 The lodge at the top provided food and fire. 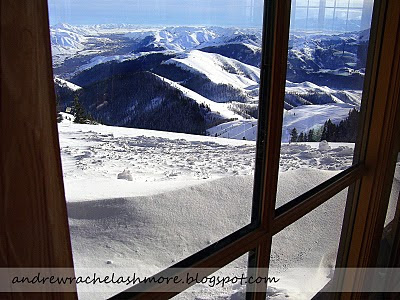 How they got the building materials up there to construct it in the first place, I'll never know.

Have I mentioned how beautiful and fancy it all was?

We payed $16 for two slices of pizza that were pulled straight from a flaming brick oven. Then eaten on china dishes.
Yes, it was the best pizza I've ever consumed.

Then we boarded the afternoon away until I was more exhausted than I have ever been in my entire life.

{I'm in love with this photo, by the way!}
Well, that's the end of the pictures for now. The rest of this day was only spent lying on the hotel bed in a near-comatose state. We hurt everywhere.

Email ThisBlogThis!Share to TwitterShare to FacebookShare to Pinterest Posted by Rachel Ashmore at 10:12 AM

That looks beautiful.
Thanks for the free downloads! "love" them :)