I AM AN INTROVERT (part I)

Growing up, I watched my bubbly, smiley, and outgoing peers with self-loathing. Isn't that the best way to be? I've learned that this is not necessarily the case. Sure, there are times even now, that I resent my "boring" personality. But overall, I have come to accept...and truly appreciate my introversion for providing some of my greatest strengths. Let me explain what an introvert REALLY is, why it's NOT such a bad thing after all, and the best ways to interact with the introverts in your life. 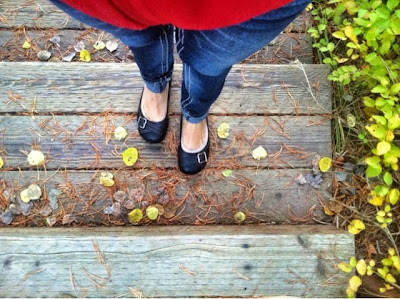 WHAT IS AN INTROVERT?
When describing an introvert, people tend to go straight for the word "shy." Yet, being shy and being introverted are two distinct traits. You can be one and not the other. You can even be shy and extroverted at the same time!

Shyness has to do with a fear and anxiety of social judgment. Being introverted or extroverted has to do with how one responds to stimulation. Extroverts feed off of people, noise, and action. It makes them feel alive! Introverts, on the other hand, get their energy from time alone or with a few they feel comfortable. Introverts may have a fabulous time at a lively party...but afterward, be completely exhausted. To recover, they require hours of "recharging their batteries" in a low key way. If I were to force myself to be an extrovert all the time, I would seriously drain myself ragged.

Age and experience have allowed me to overcome much of my shyness. But in my lifelong battle to do so, I constantly ran up against barriers that prevented me from truly becoming the charismatic individual I thought I should be. Learning the difference between my shy qualities and my introverted qualities has helped ease my frustration. Yes, I occasionally may feel "shy" in certain situations. But being introverted is with me every day, everywhere I go, at all times. It is an intrinsic part of who I am. Despite being more confident and comfortable in social situations, my needs to observe, think before I speak, and have occasional alone time will always remain. And they do not make me antisocial, lonely, or unhappy. 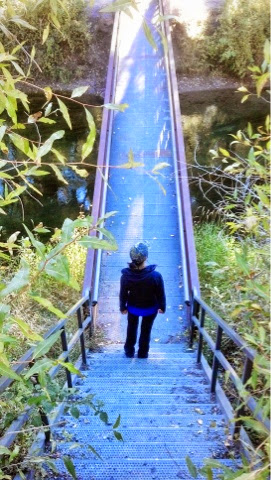 MISUNDERSTOOD
one-two out of every three people are considered introverted on some level on the social spectrum. That is a huge percentage of the population! Yet western society, not only praises and rewards the louder individuals...but guilts the quieter ones into thinking there is something wrong with them.

Introversion is simply another, inherent way of being and interacting with the world. Not a lesser way of being.

"There are a lot of negative labels placed on introverts: socially anxious, don't like people, judgmental (because we sit quietly). Introverts may prefer one-on-one interaction...we might enjoy large parties but want to sit and watch the action from the sidelines. Extroverts may interpret this as not wanting to have fun, but this observation is fun for an introvert."

While sitting quietly is perfectly comfortable to an introvert, their extrovert neighbor may view it as awkward or impolite. Many times I have been shocked by accusations that I wasn't happy or having fun. I've had people offended and even downright rude because they thought I was feeling -- superior? angry? full of self-pity? -- when nothing was further from the truth. I was just "taking it all in" and enjoying myself!

Experiences like this, have taught many introverts that they had better fake it or put on a show to act more gregarious than they actually feel. Many do. Convincingly. But I guarantee you, that when the show is over, they drag their drained souls somewhere to withdraw and recuperate from the undertaking...left feeling that their authentic self is not good enough. However, society needs introverts just as much as they need dynamic sales managers, energetic PR workers, or sparkling TV personalities.

INTROVERT STRENGTHS
Despite common misconception, quiet folk can be just as effective leaders as their bold, aggressive counterparts. They have skills that allow them to listen carefully, think before they speak, creatively analyze and solve problems, hold focused and purpose-driven conversations, and communicate effectively in writing. Often, there goal is not to be in the limelight. Instead, they exude calm...fostering an environment where all voices are heard and considered...not just the loudest ones.

Introverts also tend to be prepared and passionate/specialized on topics that interest them. Many valued contributions have come from introverted specialists of their craft through history: Abraham Lincoln, Charles Darwin, Chopin, Albert Einstein, Gandhi, J. K. Rowling, Eleanor Roosevelt, and Sir Isaac Newton just to name a few.

The author Laurie A. Helgoe said:

"Extroverts are, of course, often incredibly intelligent and creative; there's just a good chance that their best ideas happen while they're in a more reflective, or introverted, mindset." 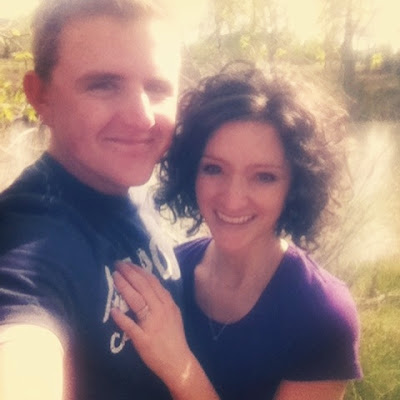 I LOVE EXTROVERTS
Don't think I'm dissing on all extroverts. In actuality, they've made up probably ninety percent of my closest friends in life, because they draw out a lightness of heart and spontaneity that I don't naturally exude on my own. Introverts need extrovert's many strengths. To name a few, they keep the conversation flowing easily, they're enthusiastic, and simply put, they're fun! My fun-loving extroverted husband, perfectly balances my inclination to be intense and overly focused on productivity. So see? I love extroverts!

Occasionally, the inherent differences between me and surrounding extroverts cause misunderstandings and hurt feelings. It is because of this that why I want to share a bit about how to effectively interact with these introverts. Being an experienced introvert myself, I figure I had few insights to put on the table. Though not everyone fits the personality profiles described here 100%, hopefully my thoughts can be helpful.

But this post is getting too long already! So, go read the second half of my long winded explanation about introverts right HERE. Until then...

Email ThisBlogThis!Share to TwitterShare to FacebookShare to Pinterest Posted by Rachel Ashmore at 10:31 PM

I really like this and I'm glad you posted it. I, too, am an introvert and have had a hard time considering the strengths you listed as just that.... but they are strengths! I hope to make those strengths useful as I'm applying for a new job this week.

Great post on Introverts! I learned all about this at work using the Myers Briggs Type Indicator model. It was awesome to show our different personality types. http://www.myersbriggs.org/my-mbti-personality-type/mbti-basics/

I love introverts more now than ever. They are so helpful on a team and they balance the crazy Extroverts like me! You are an awesome Introvert...

thanks for the information... so true..

(Twana is my name) Being a true introvert, I don't have a lot of "sign on" or social media, so I chose the Anonymous……but you can't be anonymous with another introvert =) Like Aaron above, the first time I actually didn't feel like an alien is when I took the Myers Briggs Test and out of the whole company of 600 employees, I was 1 of 2 employees that were INTJ. I now understood who I was and I liked being the odd ball out for once! Social events are draining. As I've gotten older, it is the more 1 on 1 encounters that I enjoy! As for introverts being boring…that is hogwash! I've never been bored a day in my life! There are soooo many interesting things to do and experience in life! Thanks for sharing part of your life with us…….I love the ceiling in your bedroom!!! You must be very proud of your husband!