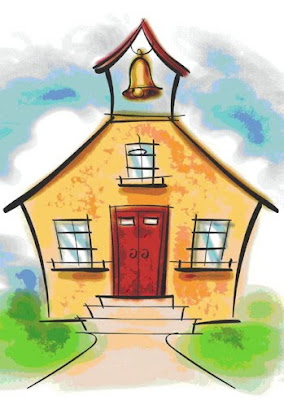 1. I was standing at the door as students filed in after recess. A boy stopped to tell me about how he had scared a girl while she was jump roping. He enthusiastically described her reaction as:
.
"The girl totally fruck out!"
.
I thought it was a nice experiment with past tense.
.
.
.
.
2. A student informed the class that his big sister was having a baby soon. Taking the tone of someone who knows what they're talking about, he said:
.
"There's about a 90,000% chance of it being a boy...and a 5% chance that it's a girl."
.
(Can you guess the gender he's rooting for?)
.
.
.
.
3. This next kid tests my insanity with his distractedness. One day, in the middle of a discussion in math, this young man raised his hand and announced:
.
"My mom's mom has 4 eyes on the back of her head."
.
I'm not even joking. This was said with complete seriousness and with a look that showed he was preparing for us to be shocked and amazed. I think we were all shocked and amazed, just not in the manner he was intending.
.
There was silence for about 5 seconds while I processed what I had just heard and got control of my bearings. Finally, I decided it was probably best just to ignore it. Turning away from him, I continued right on with our math discussion.
.
.
.
.
4. I had just given the class some instructions, and they were busying themselves to accomplish the task. This same distracted kid, I found, however, to be wandering around the the opposite side of the classroom...doing only goodness knows what. When I reminded him of my instructions and asked him what he was doing, he sighed heavily and said:
.
"Sorry, Mrs. Ashmore. I get sidetracked very good!"
.
.
.
.
5. A student came up to me the moment he was off the bus.
.
"Mrs. Ashmore! Did you know that mermaids are real?! They are! It's true!"
"What makes you say that?" I asked with a sigh.
"They found one! It floated up to shark level and a shark killed it. Then it came all the way up to the top and people on a boat found it!"
.
(I stared at him for a moment.)
.
"Okay," was my response.
(How else do you respond to that story when it's told with such excitement and surety?)
.
.
.
.
6. Last year, we were having a class discussion about the presidential election. I was introducing the candidates and the concepts of political parties and platforms. I was just giving a very basic overview when a young lady raised her hand with a comment.
.
"Barack Obama believes in...abominations." She said the last word hesitantly, as if she wasn't sure she had said it correctly. I was confused, so I asked what she meant by that.
.
"He believes in killing babies."
.
Her words suddenly became clear to me.
.
"Oh, you mean abortion!
.
(she nodded)
.
"Yes...well...moving on!"
.
I wasn't about to discuss that topic with a bunch of other people's 8 year-olds. But secretly, I had responded within myself:
.
"Oh, that kind of abomination! Yes, you're right."
.
I highly enjoyed her innocent, yet very fitting mix-up. =)
.
.
.
Email ThisBlogThis!Share to TwitterShare to FacebookShare to Pinterest Posted by Rachel Ashmore at 9:04 PM