Some old pictures brought me back to some good times with an old friend.
Has it ever been obvious that you were supposed to have known someone? Jess and I were thrown together so much when I moved to Rexburg that it was obviously so: same ward, FHE sisters, serving in the same Relief Society Presidency, same early morning janitorial job, and eventually roommates for a year.
.
She had a huge impact on my single college years. HUGE. But this may have something to do with the type of person she is, because I suspect she has had a huge impact on A LOT of people. 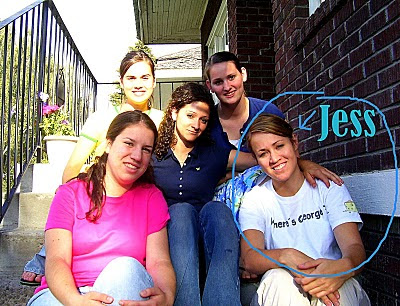 That's Jessica among some of my other good-hearted roommates. 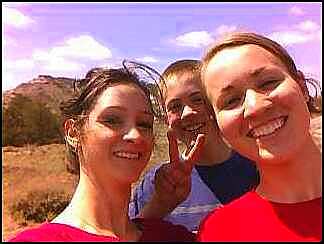 Mostly, I was remembering the spring break that Jessica took pity on my lack of plans for the week, and invited me to go home with her. Her family opened their arms to their daughter's shy, awkward roommate.
It felt like treading on sacred ground to be welcomed into the life Jess was so passionate about: meeting her parents and siblings, exploring her beloved home nestled in the rocky hills of Wyoming, walking through the family business and sensing the saturation of hard work, sacrifice, and pride attached to it, and watching her lovingly play the grand piano in the living room. Especially when witnessing especially personal events, like visiting the grave sites of her two little brothers, witnessing the desperate love her father has for his family, and visiting with a beloved grandmother literally on her deathbed.

What a trip it was! All the love, laughter, and tears made a significant impression on me. 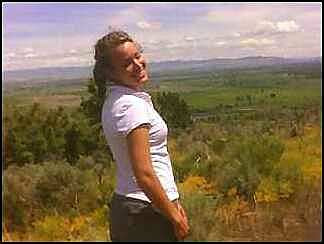 At one point in the visit, her little brother wanted to embark on a hike near their home. I will never until my dieing day forget that hike. 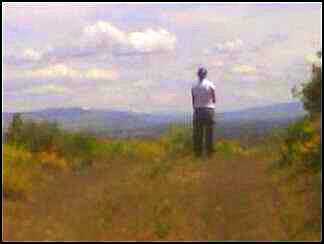 I had been on hikes with Jessica before. Hikes that included some form of hyperventilation.
.
.
I'm the take-my-time-and-admire-every-rock-view-and-creature-along-the-way type of gal. She is more of the I-will-CONQUER-this-mountain-immediately-or-die-trying! kinda gal.


I reckon that describes Jessica's take on life in a nuthsell.
.
.
.
. 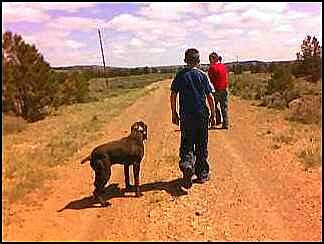 But a hike with her little brother? It wouldn't be so bad, right?

Jess proceeded to conquer the landscape in earnest, as I expected. But the little guy who was supposed to keep me company during his sister's endeavor, conquered the terrain with a furor unmatched even by Jessica. And then there was the dog. The dog who did not stop RUNNING the entire trek.

The comical image our line made as we marched across those hills is all that kept me going 'til the end: Galloping dog, followed by rugged, energetic boy, followed by fiercely determined young woman, followed by panting, desperately-trying-to-appear zealous roommate.

Otherwise, I may not have made it. But I did. And we were able to return to Rexburg as friends. =) 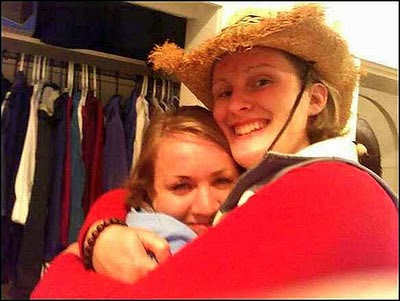 Back in our little brick house in small-town Idaho, Jess eventually found her George...er John...and moved ironically, to my home ward in Gilbert, Arizona. At about the same time, I found my George...er...Andrew...and moved back up to Rexburg. But despite our moving on, this friend has permanently changed me for the better.
.

So anyway, I was just rememberin'...

Email ThisBlogThis!Share to TwitterShare to FacebookShare to Pinterest Posted by Rachel Ashmore at 11:26 PM

Oh Rachel, I'm not sure what to say. . . I feel honored and loved. Thank you for your kind words and these sweet memories. I want you to know that your influence has been powerful in my life and I love you a Lotta Lotta LOT!!!